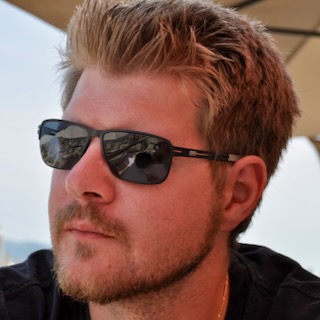 At Keybird I worked as a software developer with Java as the main language. I supported the development of REST interface for a tool management software for a internationally known Germany company. The project setup changed and the REST interface development got on hold in favor of other project-milestones. Unfortunately, other projects were still in the design-phase or already fully setup with developers and architects.

My job at ITsoft GmbH contained several areas in the IT landscape. From providing first level support to the employees up to planing and realizing complex network scenarios, writing software to control robots and building complete devices based on custom-built hardware. A tight relation to the customers was a must and being compliant with given specifications and industry standards was highly required. I ported several older, maintenance intensive applications and libraries to new programming languages. As additional benefits a lot of bugs were fixed, the people who took over the maintenance and further development were able to rely on a high quality documentation and, the projects got more accessible for new developers.

At SIEGLE + EPPLE GmbH & Co. KG I worked in almost all areas of modern IT. This included support of staff locally and also remote on their PCs or mobile phones. I had a strong focus on project management in hard - and software, too. This meant evaluation, planning, prototyping, implementation, testing and handover of projects. I created software for stock management and facility automation, which saved huge amounts of waiting time and delays in many areas. Also, I ported software from 1991 for fan calculation from 32bit to 64bit and later on to Java and, created a software to control particle detectors.

As an employee of the Profindis GmbH I was set-in at the Karlsruhe Institute of Technology in the areas of first & second level support for Windows and Linux systems and also, as an IT specialist for consulting institutions on how they can effectively obtain their goals based on modern technologies.

T–Systems employees at the location Leinfelden had to be migrated to a newly set network topology. Perfect knowledge about Windows networks, domain controllers, DNS, DHCP services and hardware router / switches was as important as knowledge about project optimization. The project was not set up optimal and was in danger of failing because time and money would have went out of the bounds. After several optimization-steps we achieved a 53 % benefit in time and money and the project only extended the given time frame by 1.5 days and budget by 3.700 Euro.

The tasks at Stuttgart airport included a number of activities. Ranging from installation of terminal systems up to the planning of complex roll-outs. Changes or solutions were implemented as accurately and quickly as possible, to not interfere with the day-to-day procedures at an airport.

As an employee of Charax GmbH it was my job to maintain the servers for the internet services provided for customers and expand them based on customer needs. I did optimize existing websites for DHL.de and Zueblin.de, developed interfaces for internet third-party services based on Delphi and created an interface between Facebook and Second Life.

As the managing director of PGIT I have coordinated several employees. I consulted customers on how they can optimize internal processes and then created software based solutions which assisted them to achieve these optimizations. Clients included web radios, insurance agencies and well known German architectural offices.

Achived degree is: Chamber of Industry and Commerce certified IT specialist in application development. (Theoretical part)

Achived degree is: Chamber of Industry and Commerce certified IT specialist in application development. (Practical part)